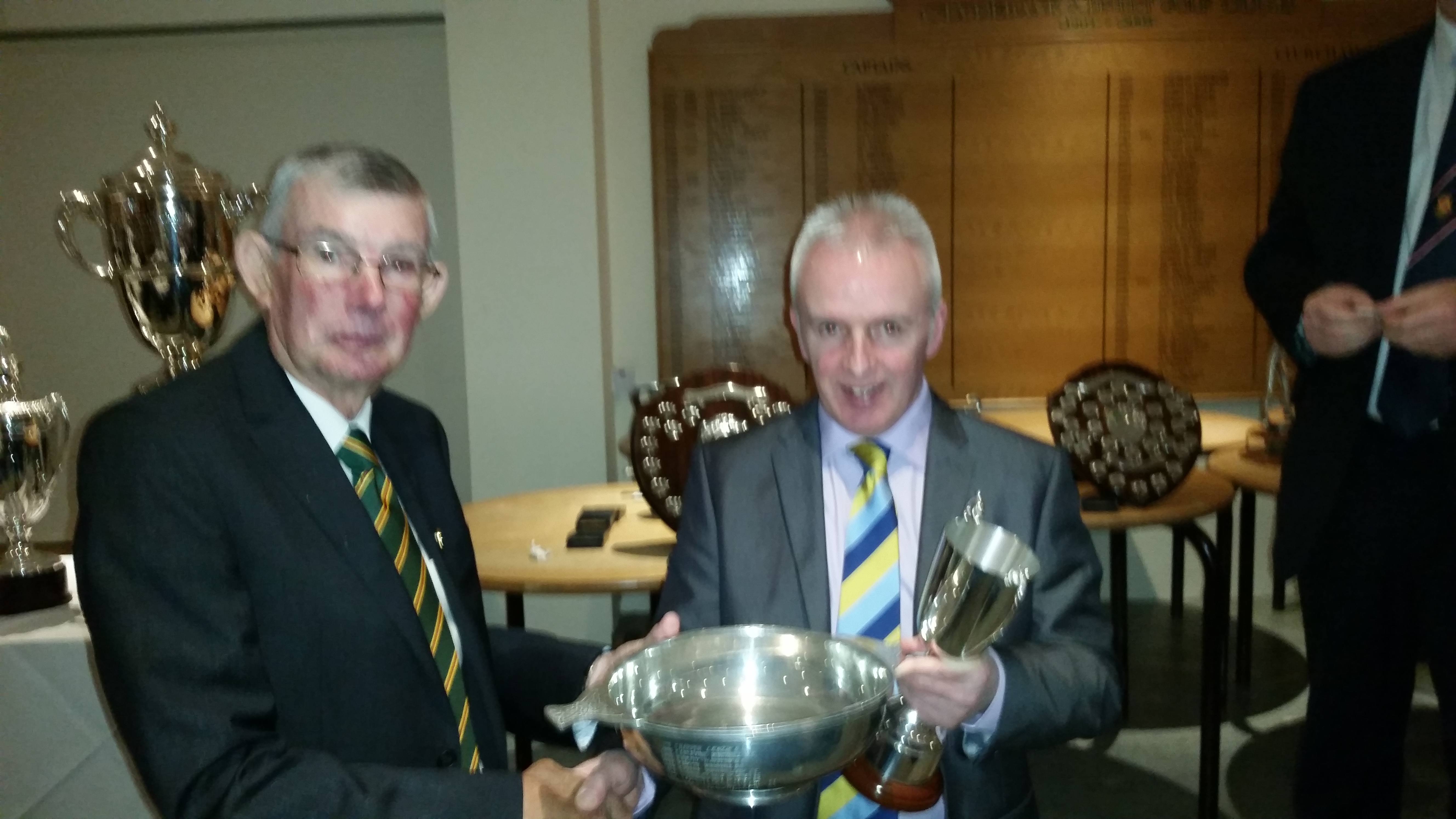 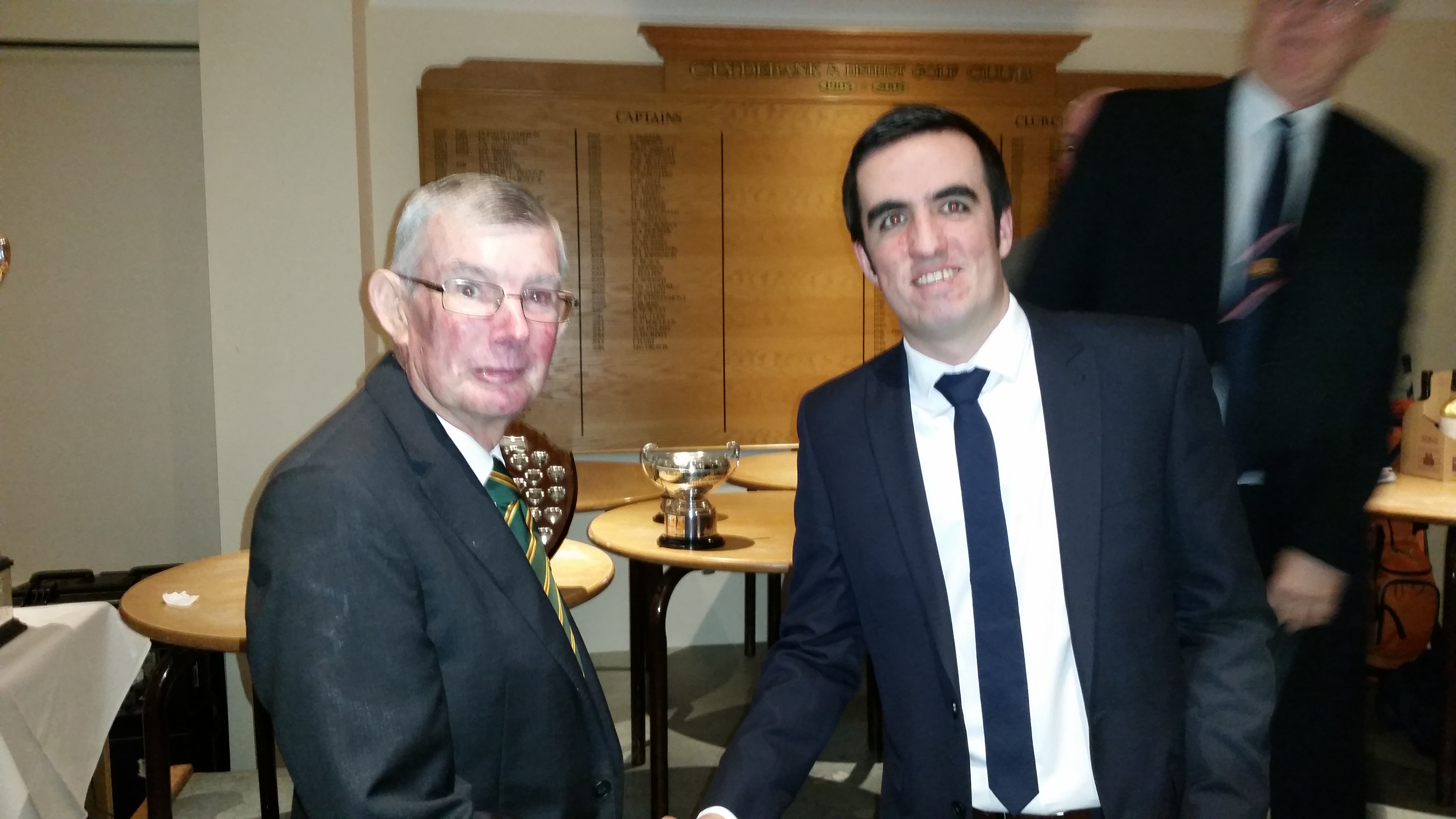 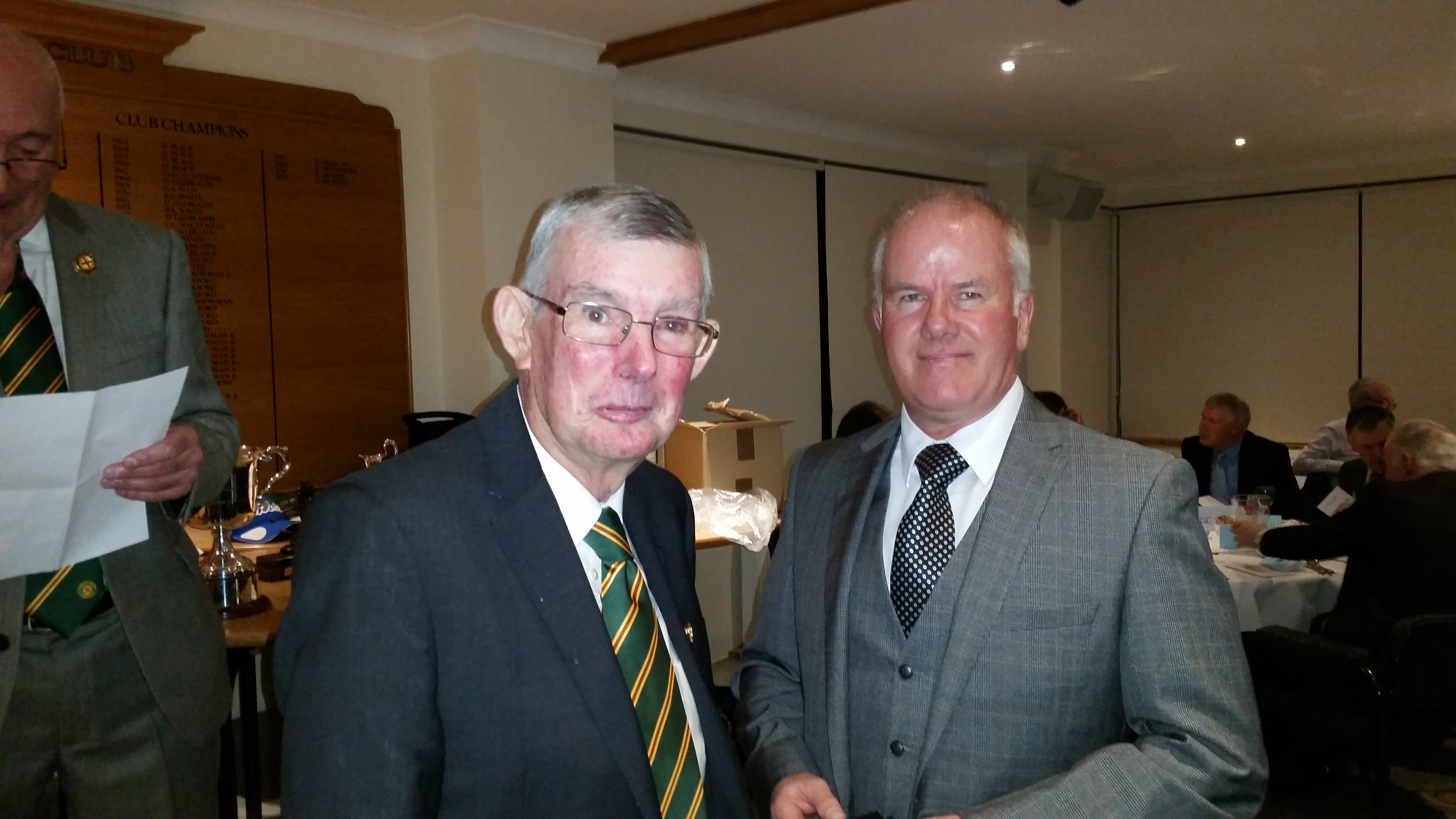 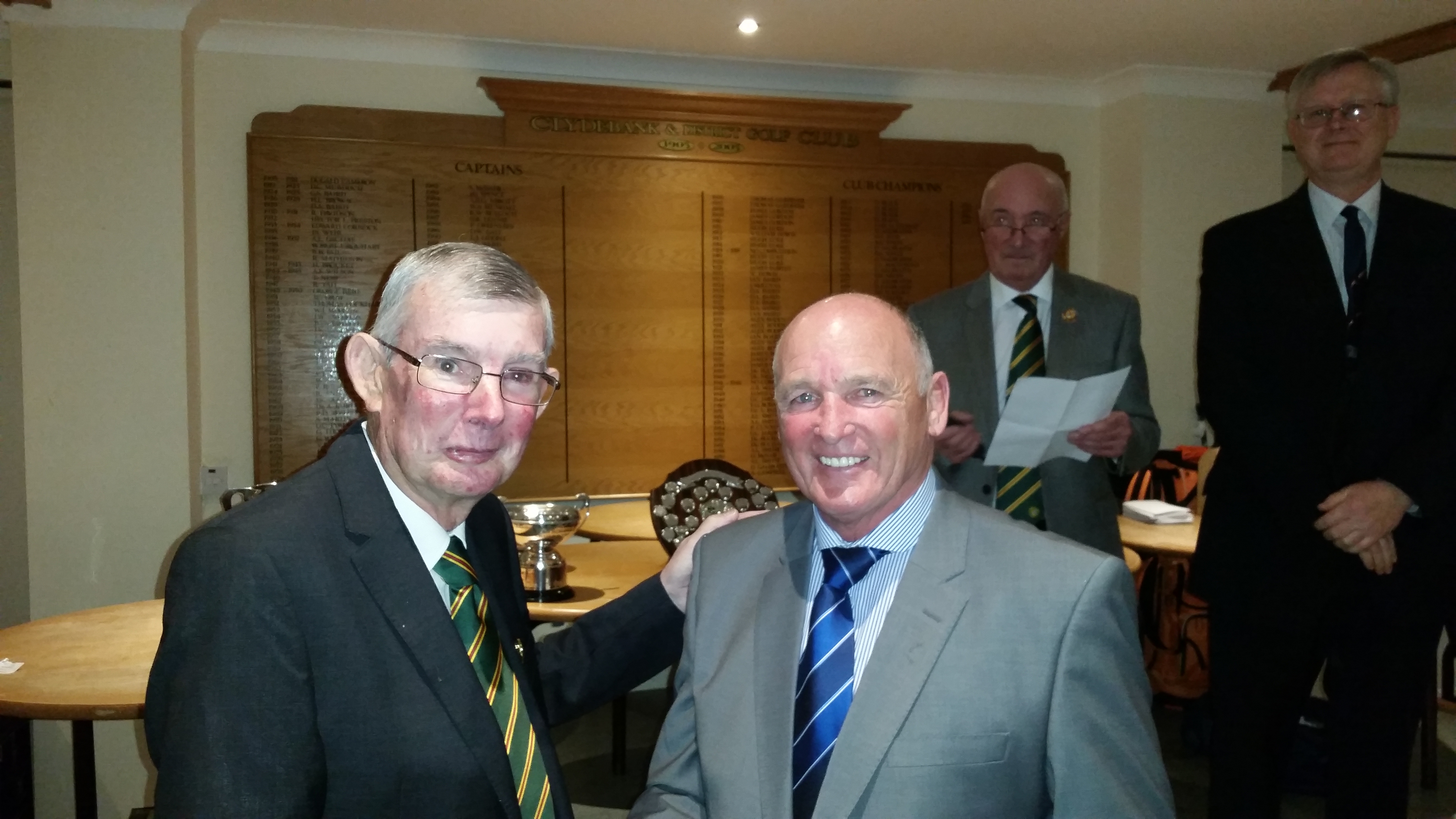 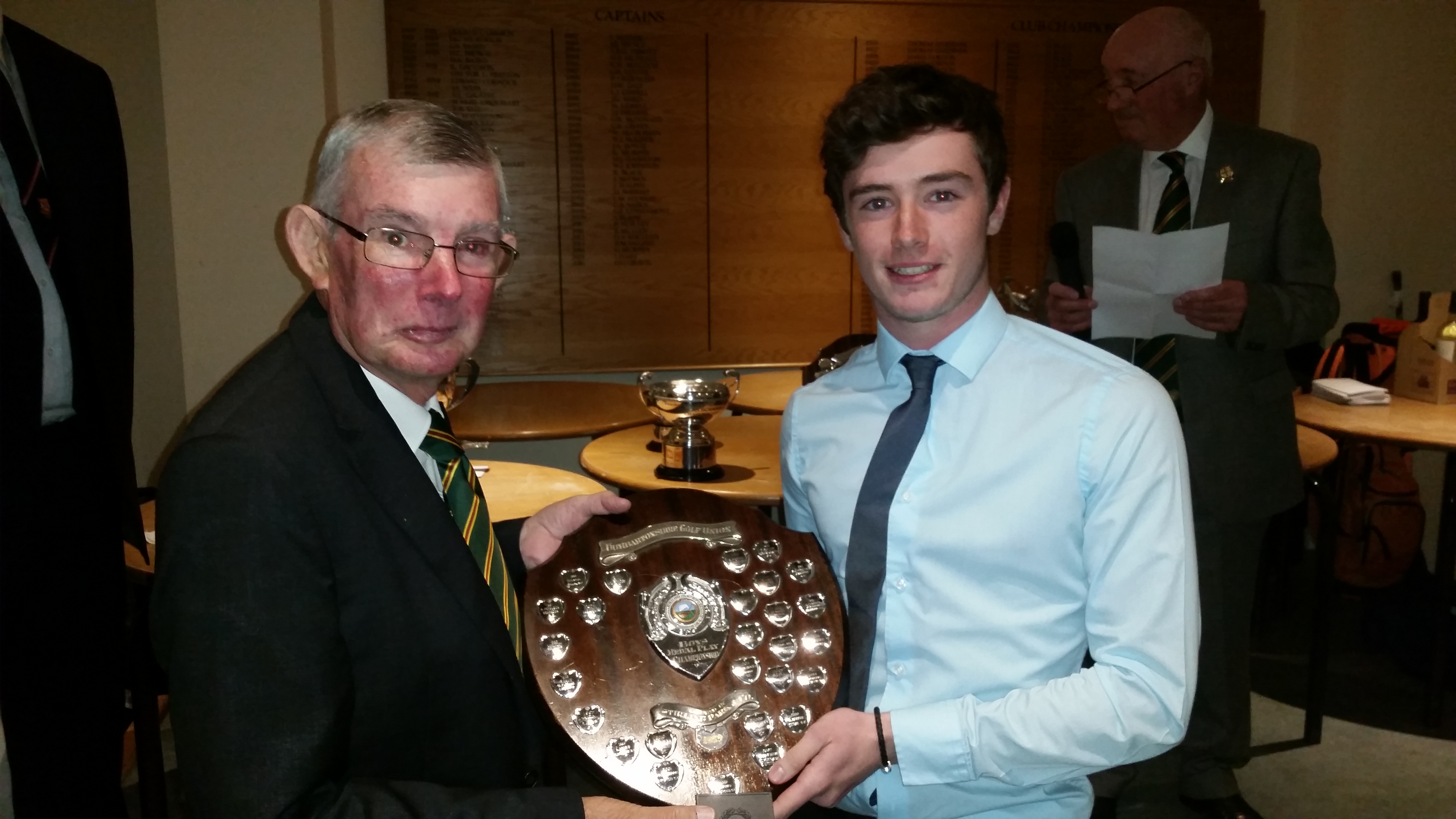 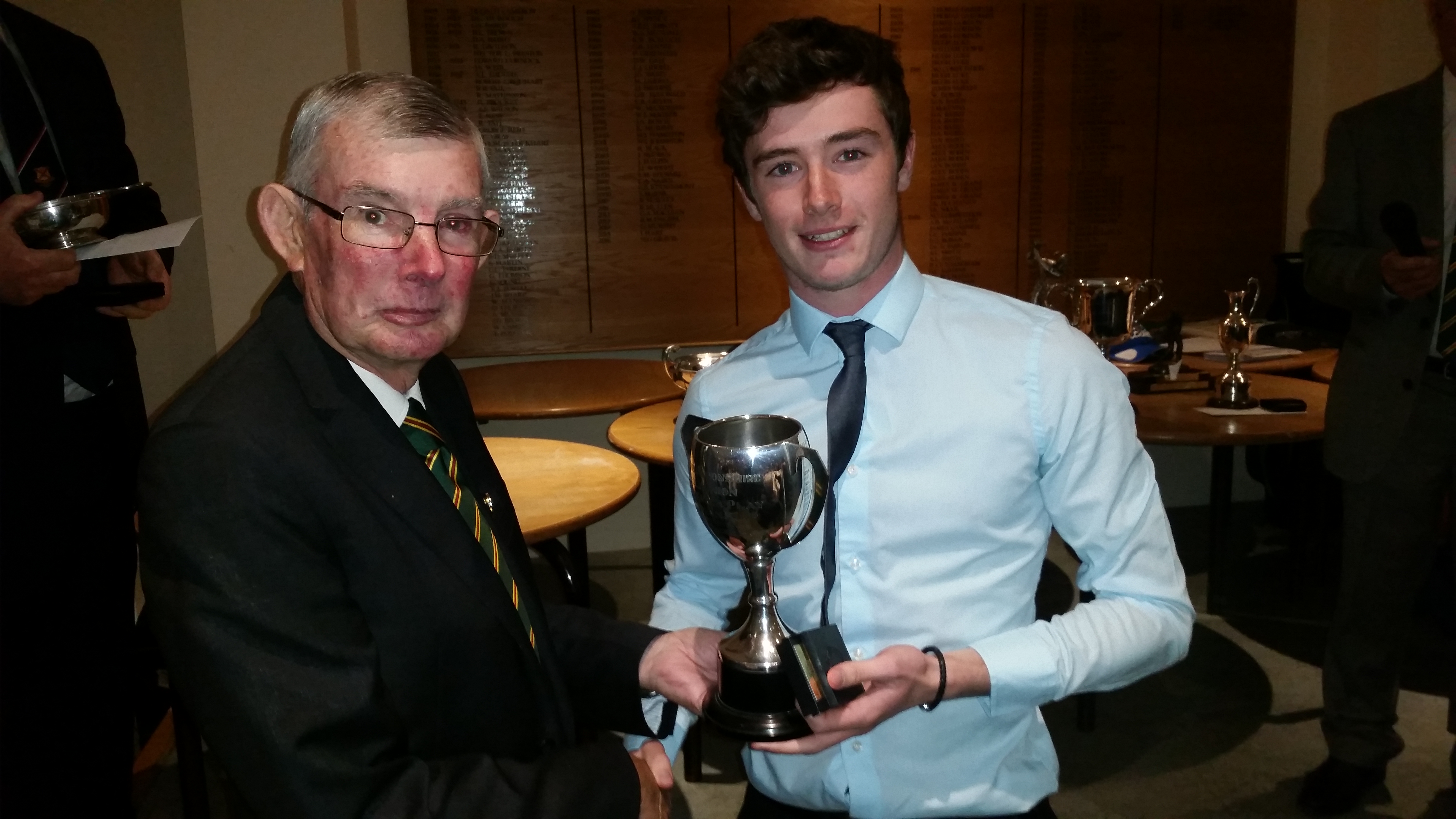 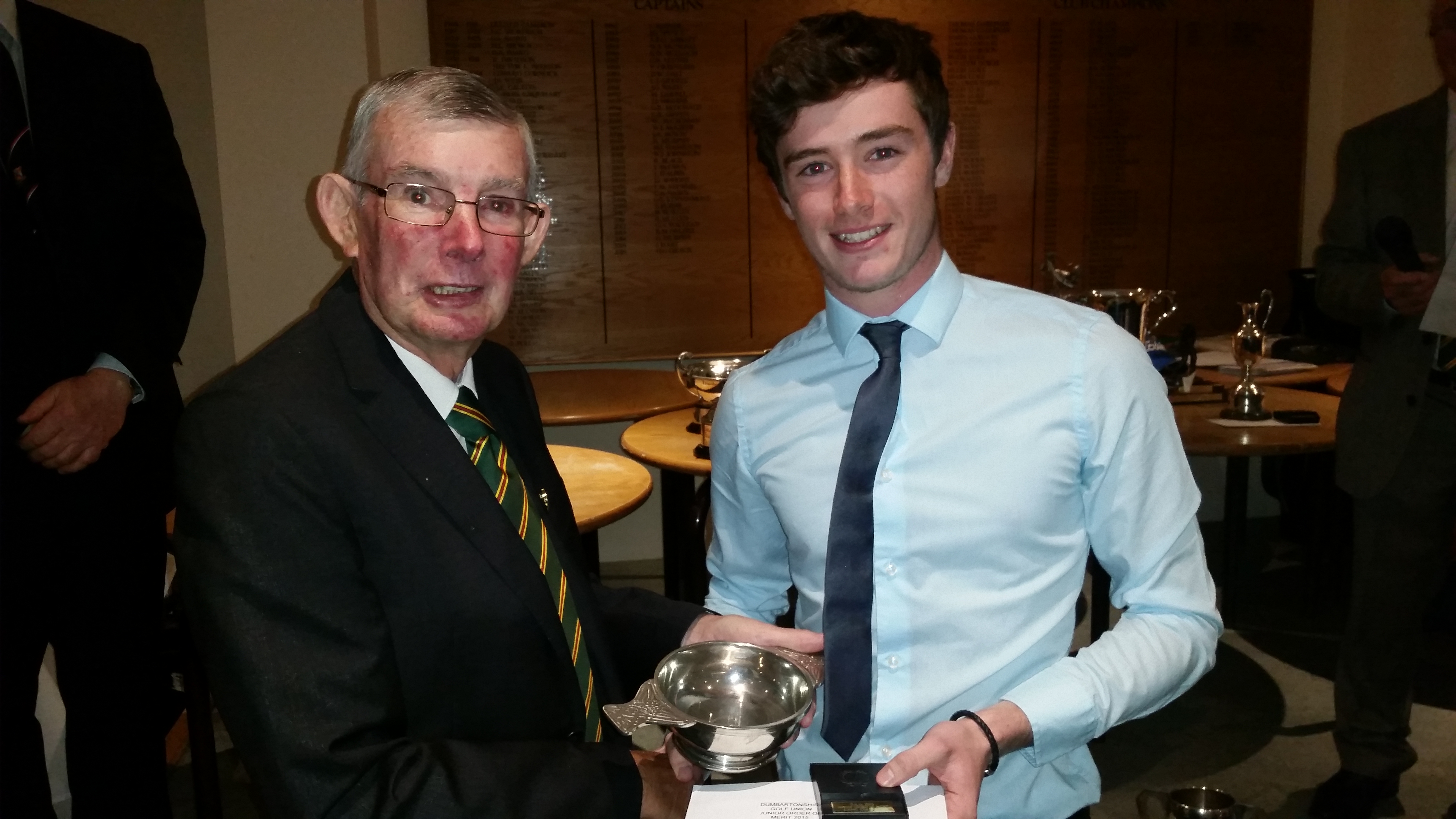 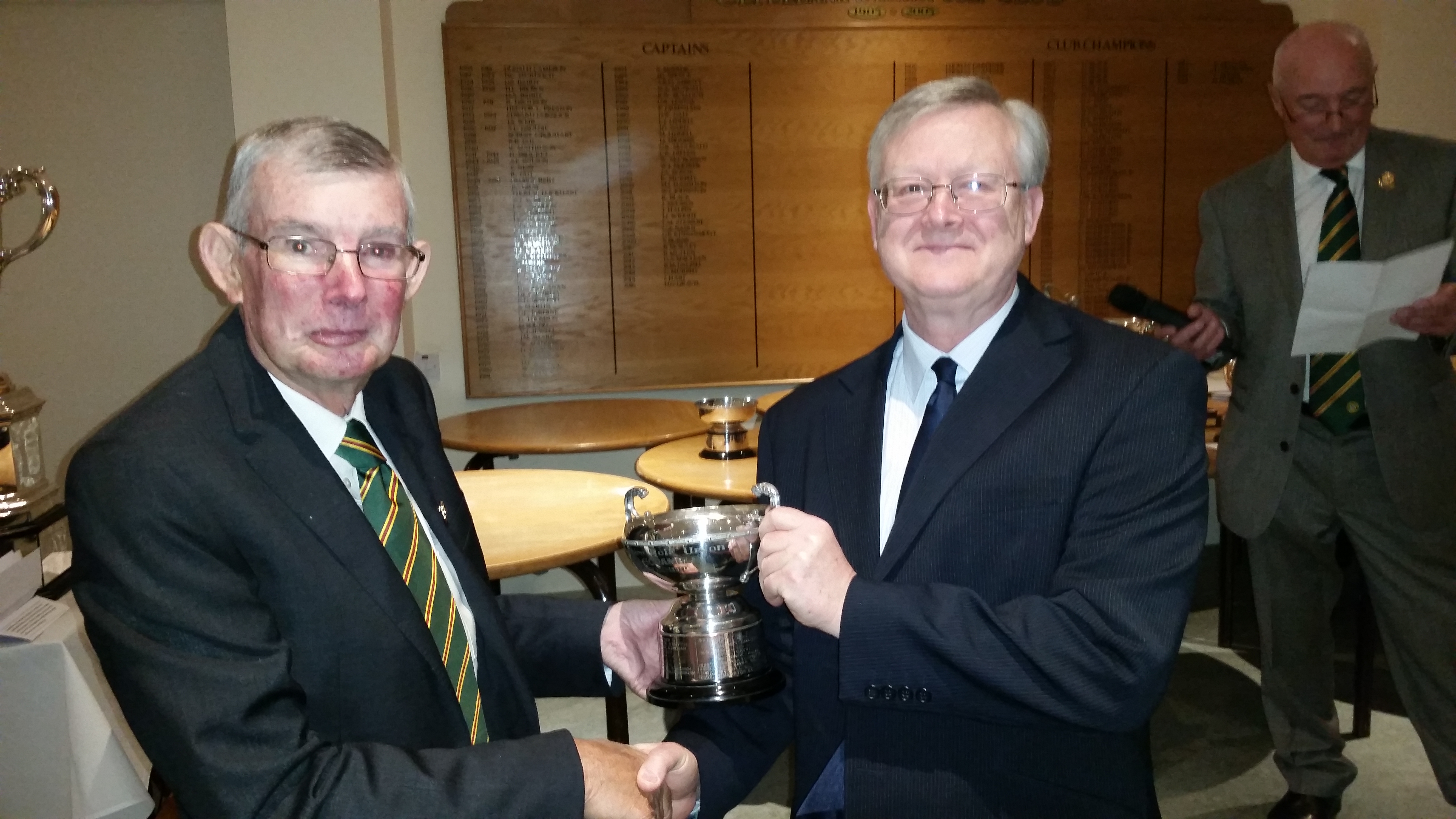 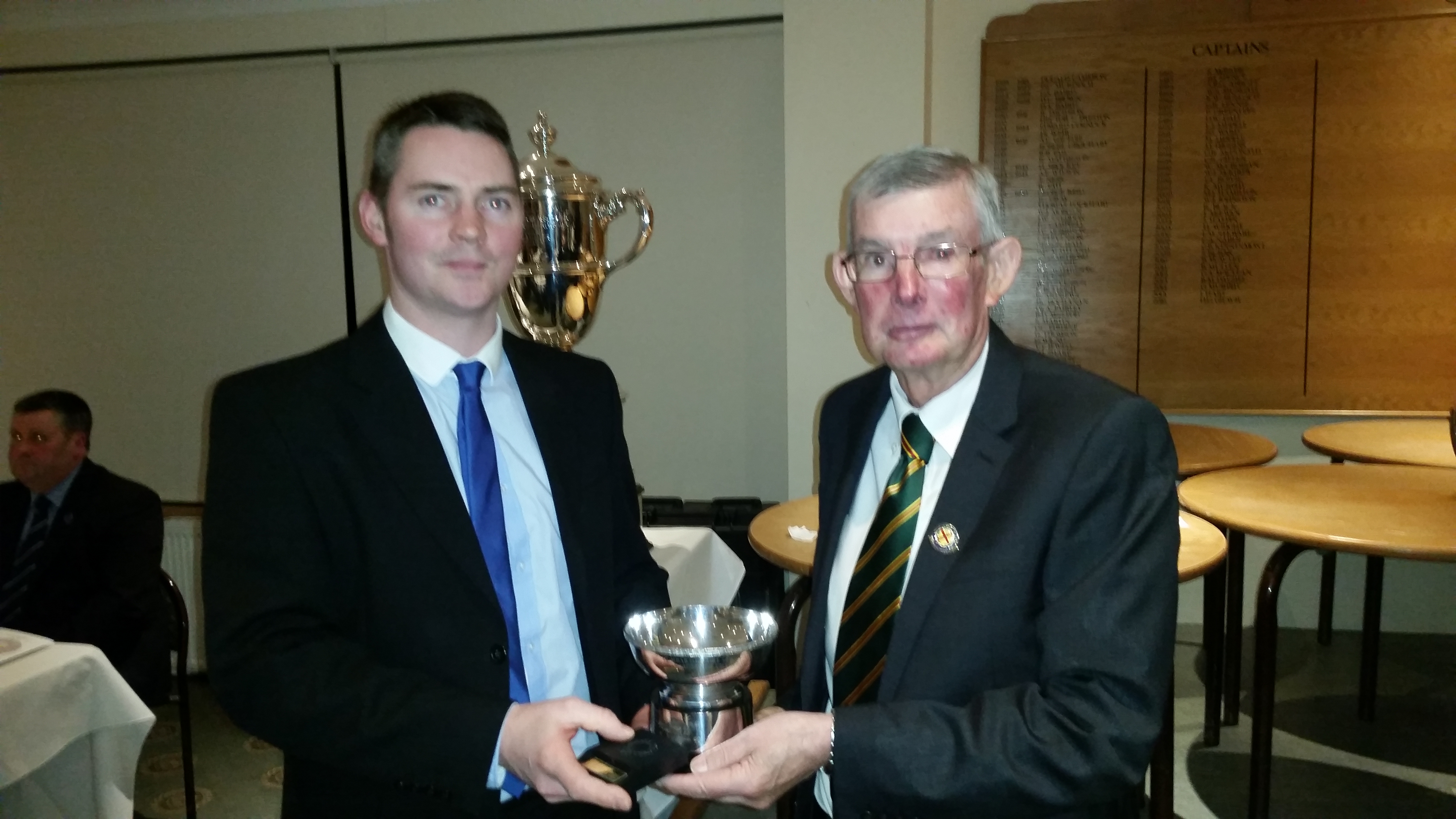 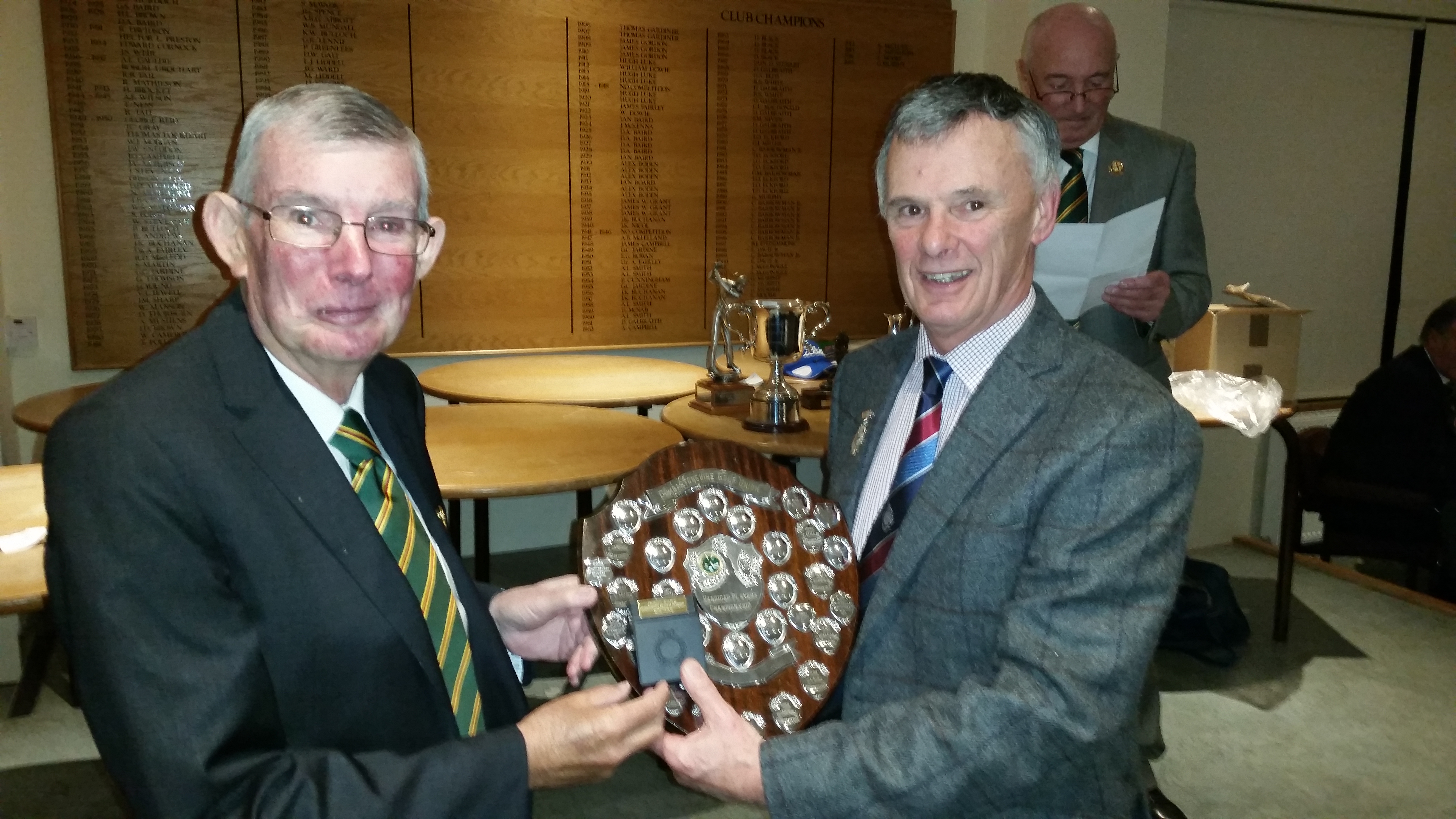 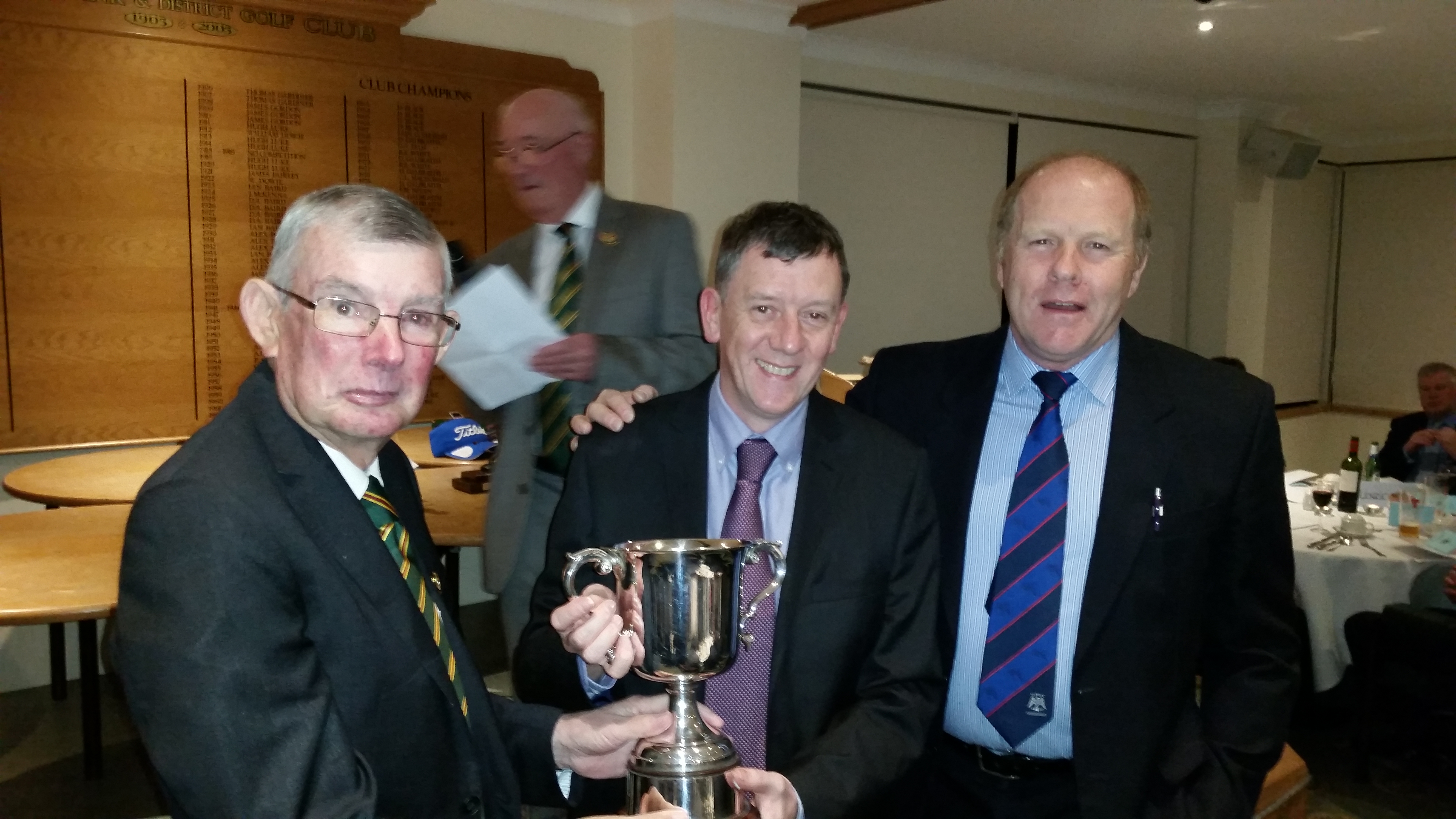 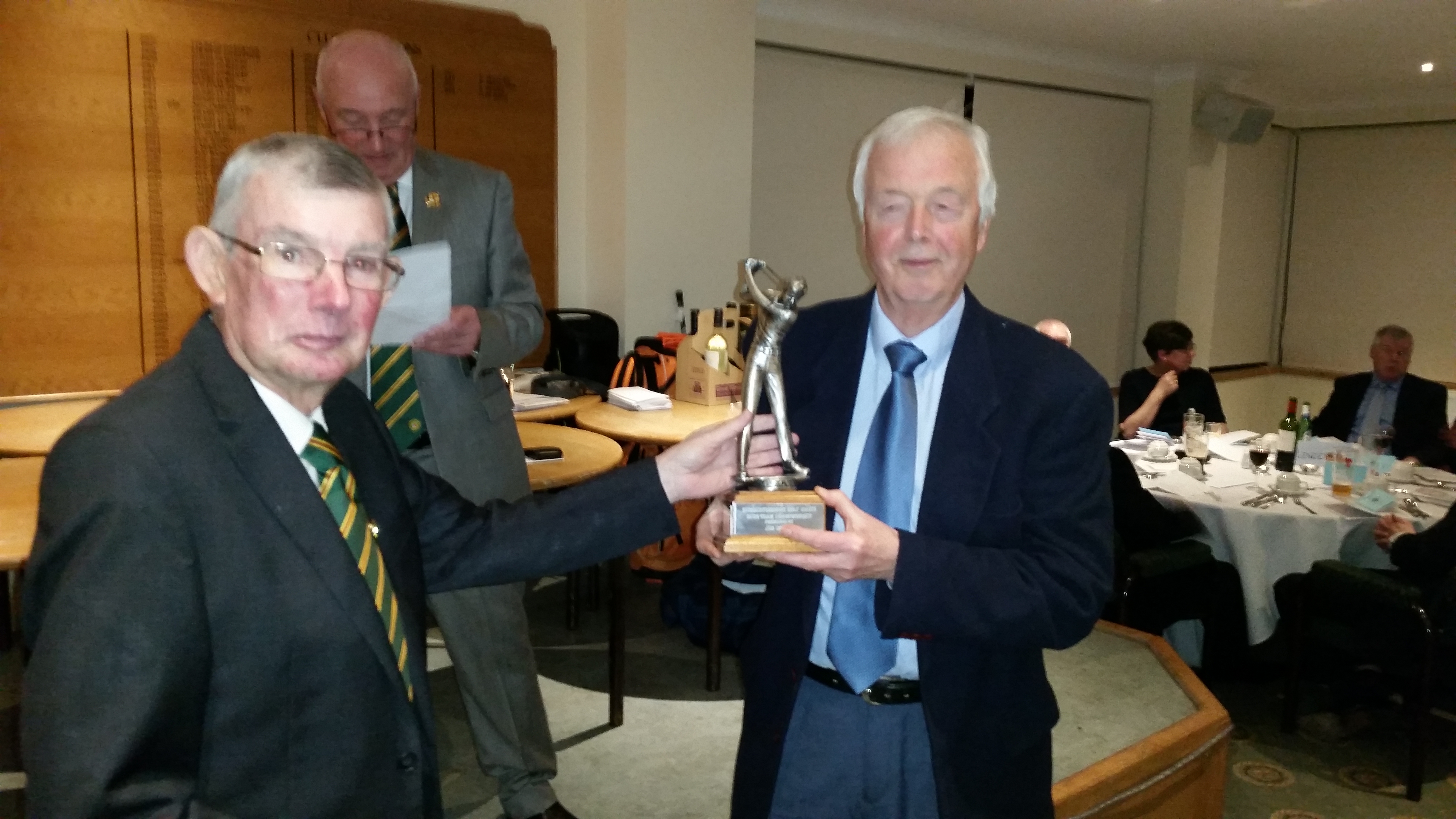 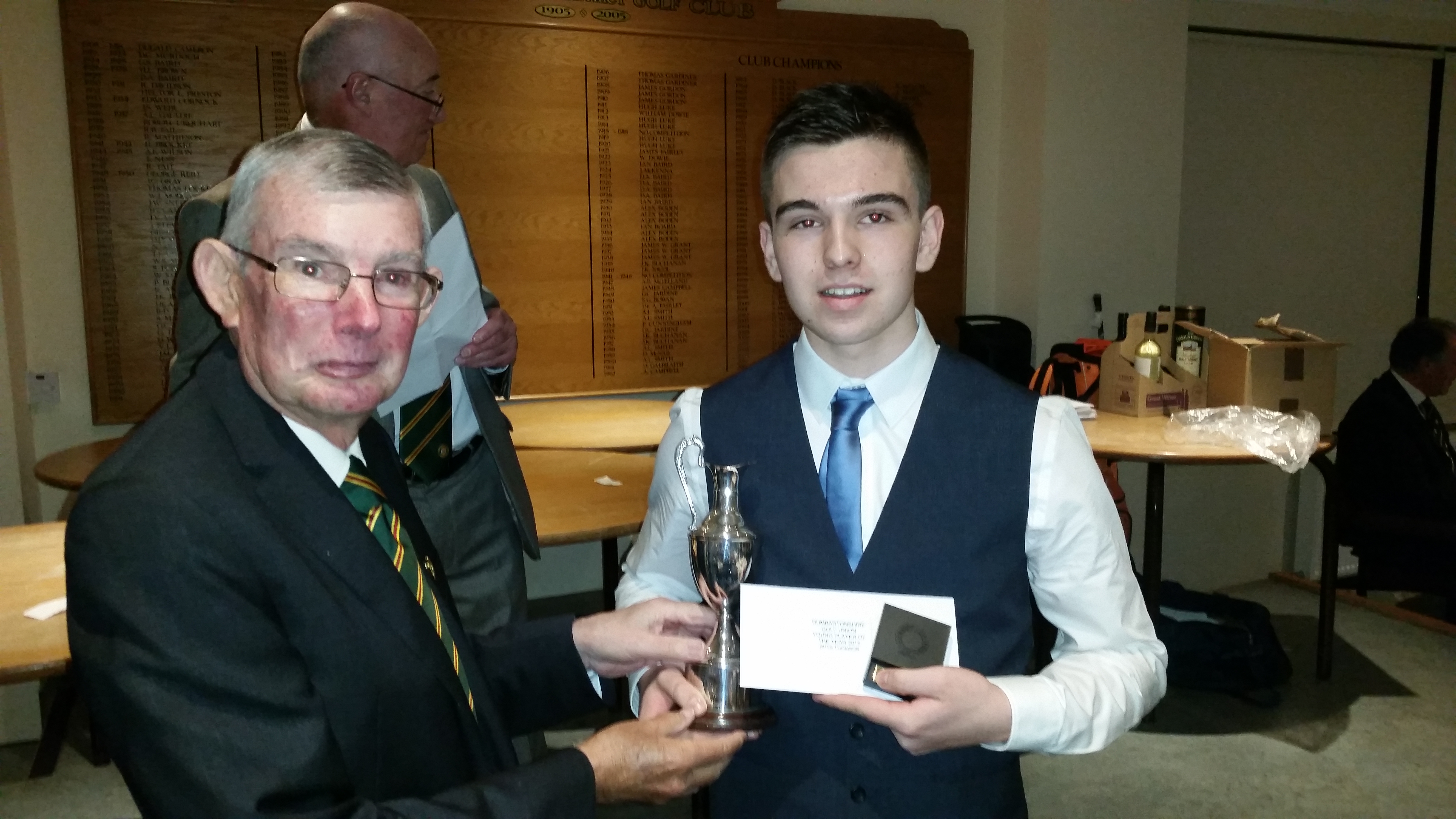 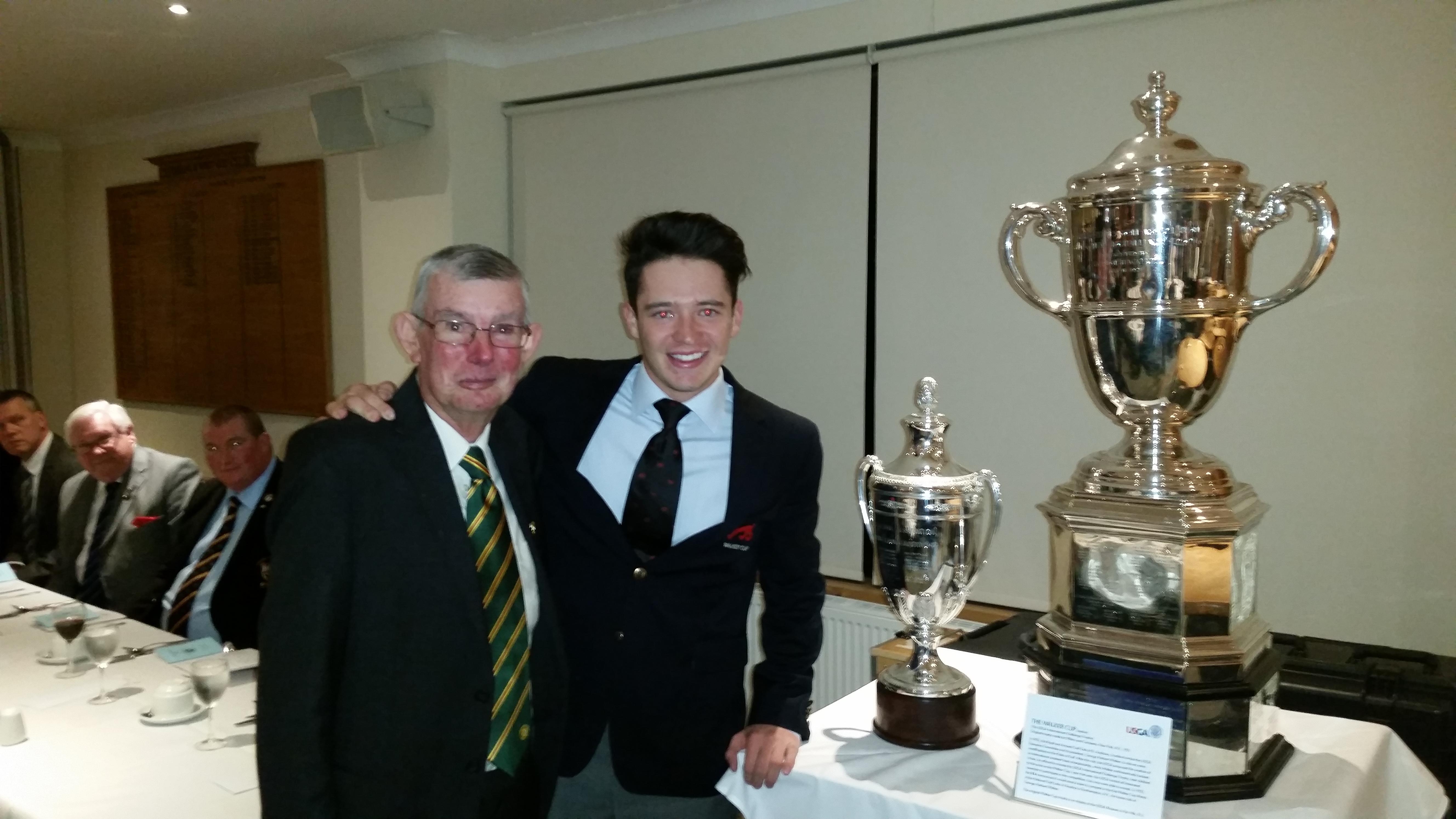 DGU President Hugh Semple with Ewen Ferguson, DGU player of the year. Pictured with the European Team Championship won by Scotland and The Walker Cup won by GB&I, Ewen being a member of both teams. 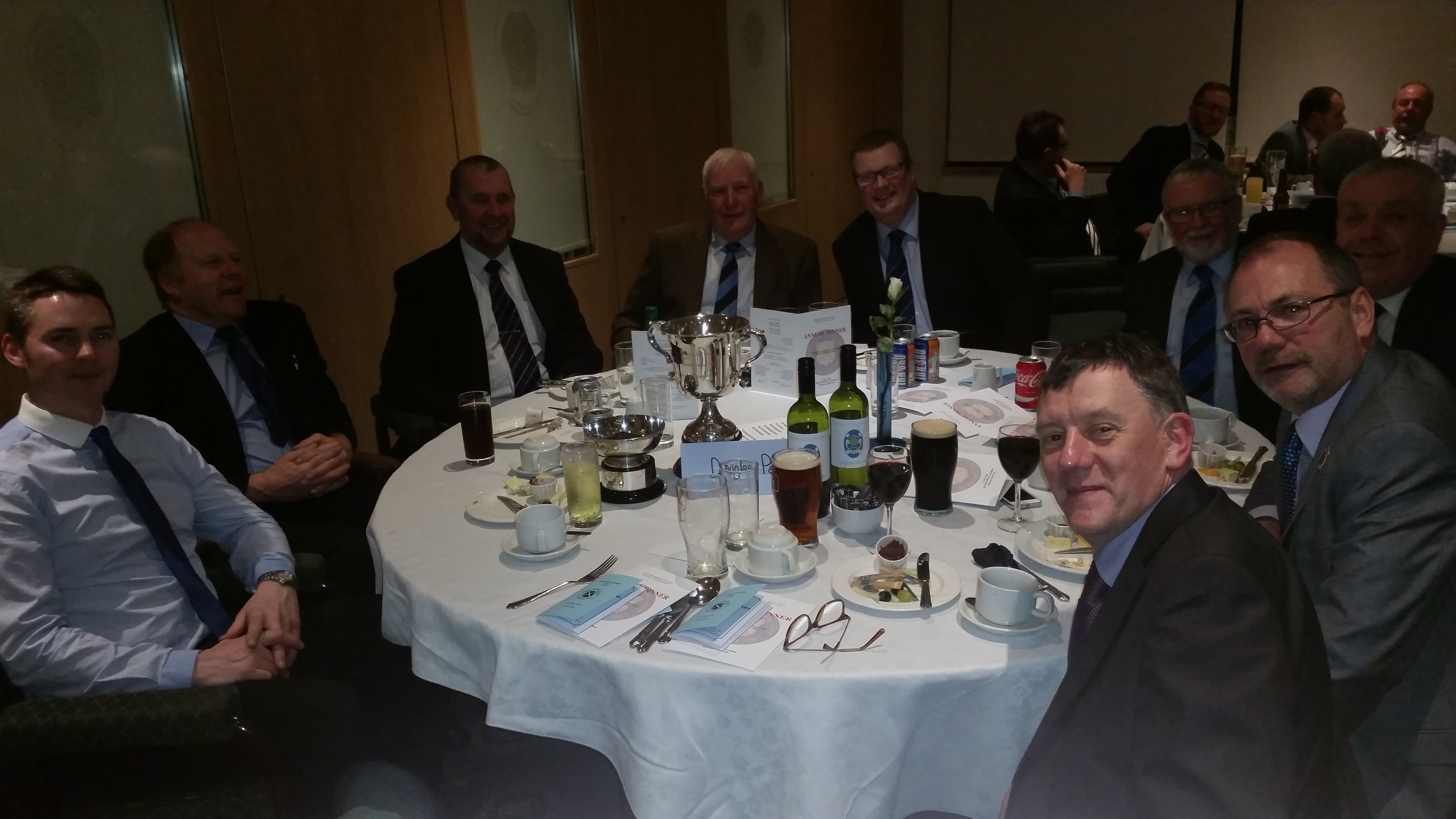 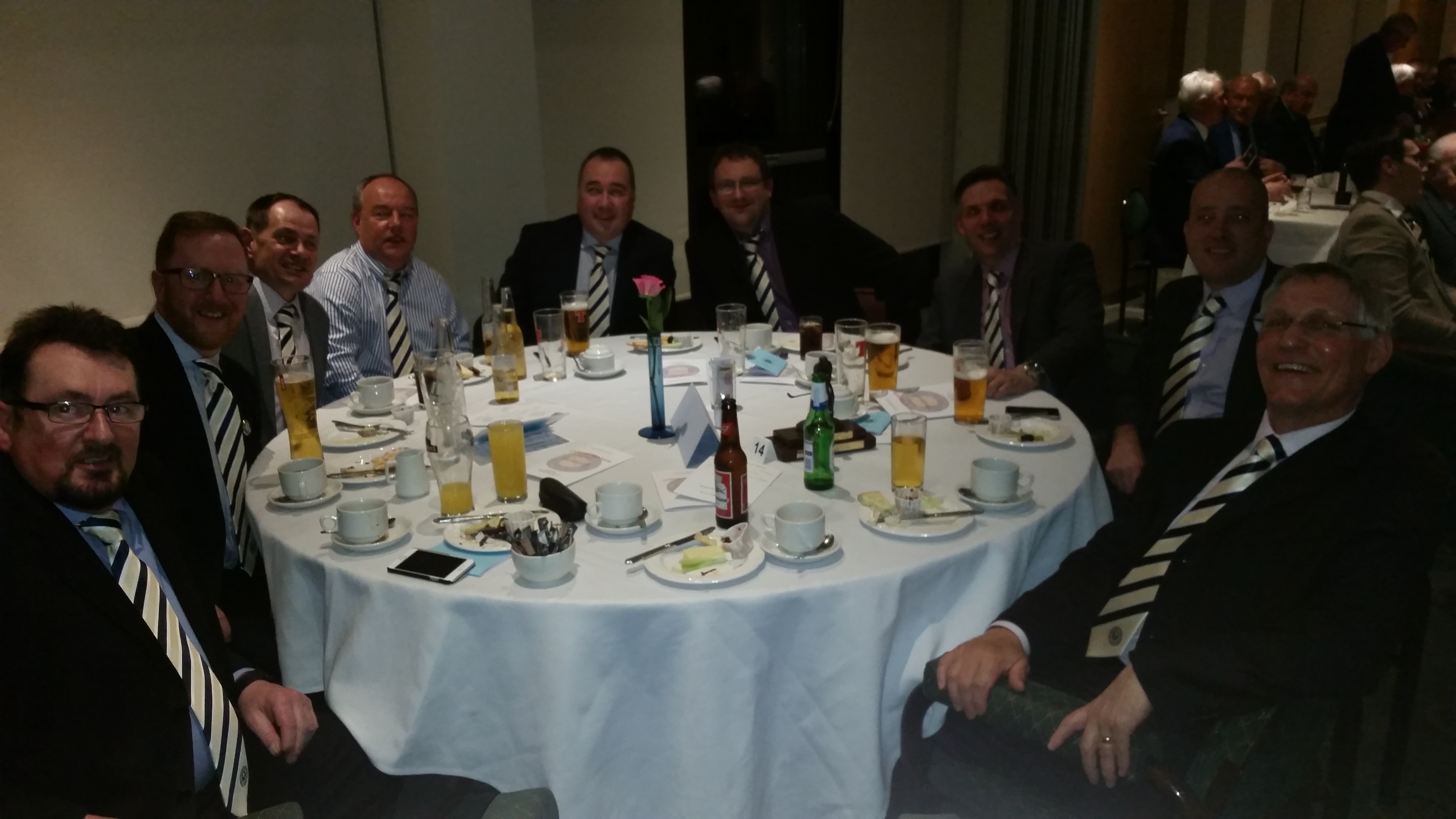 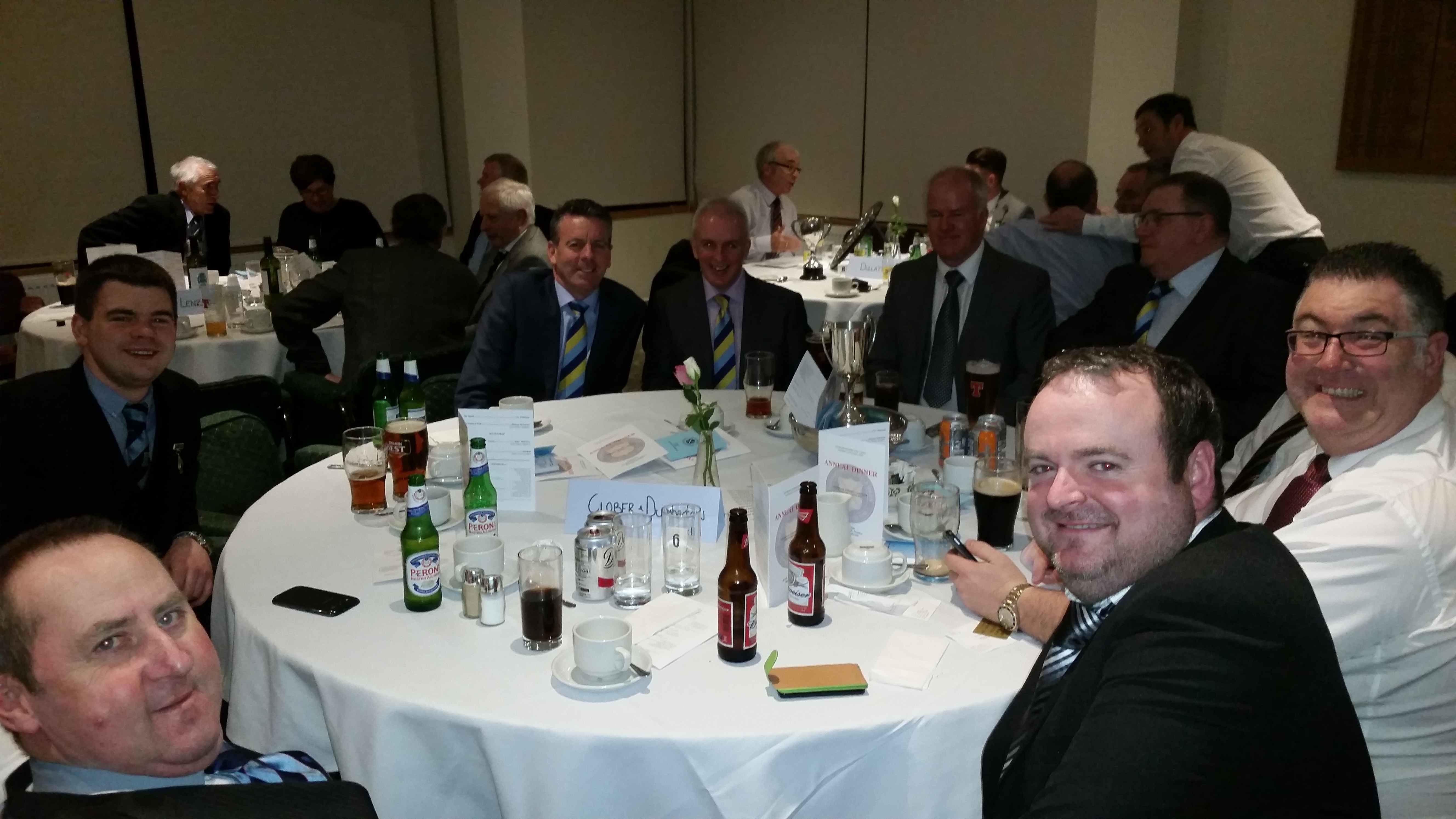 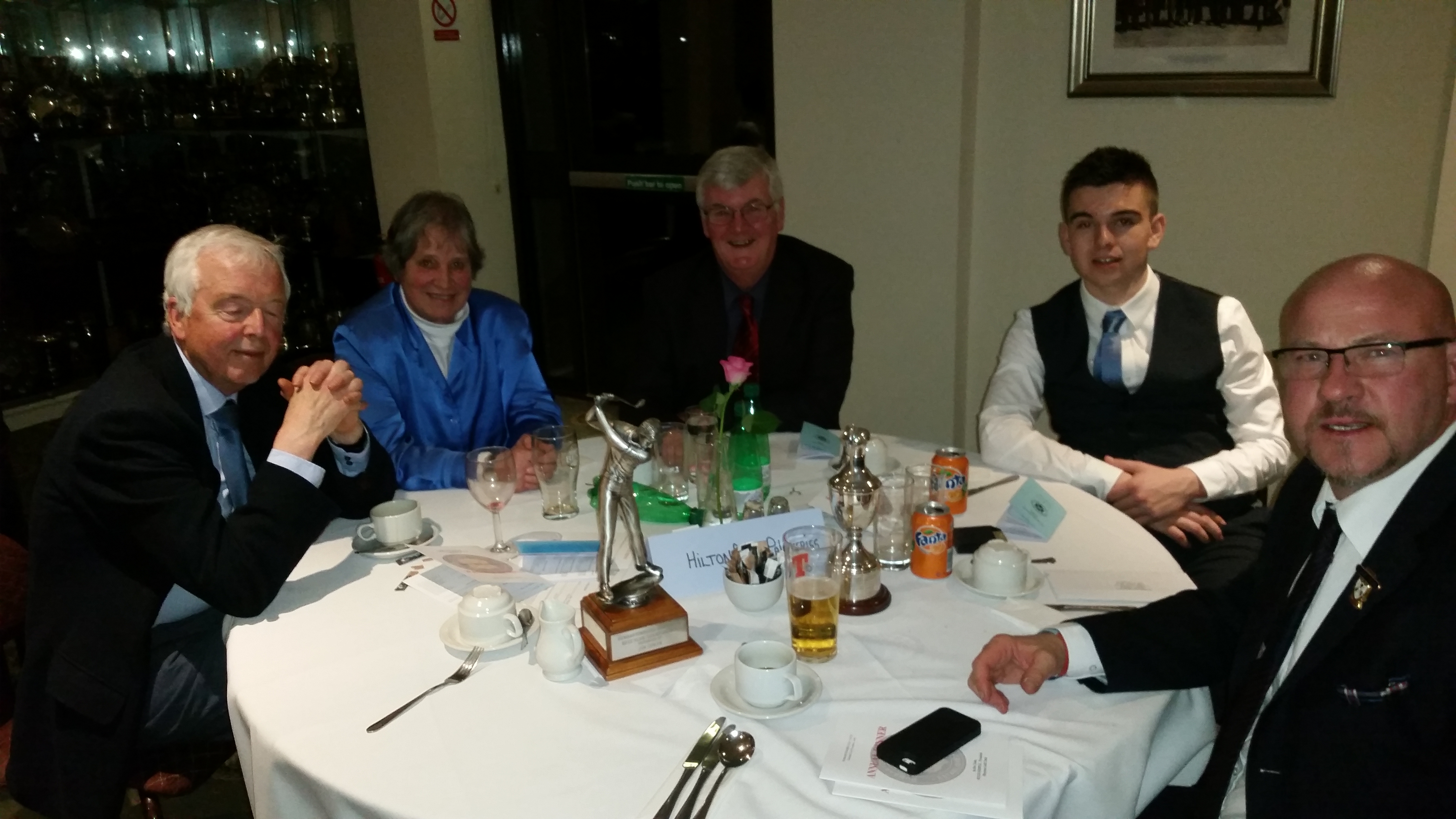 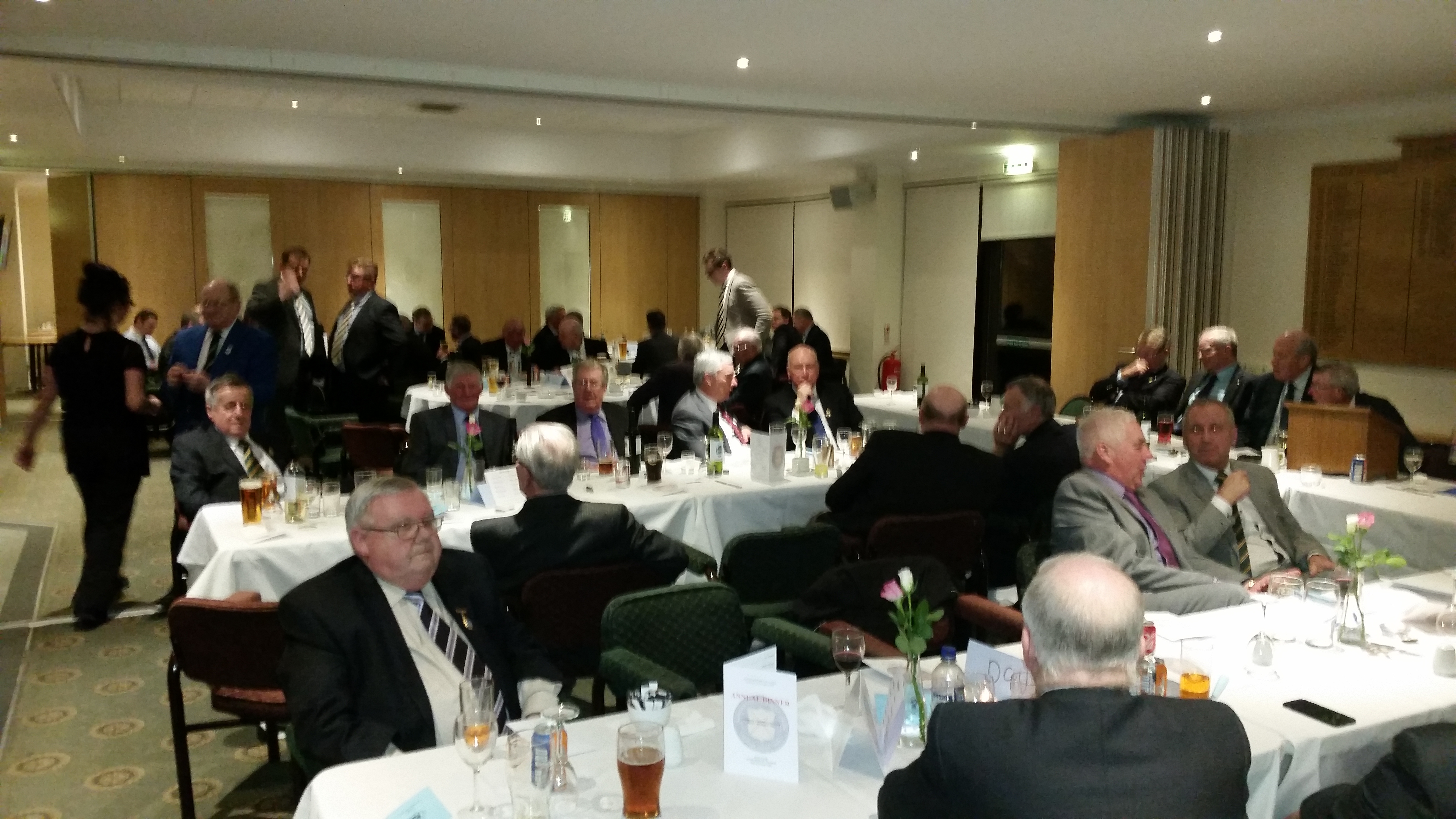