A tribute from Scottish Golf to Jim Hay, Kirkintilloch, who sadly passed away earlier in the week. 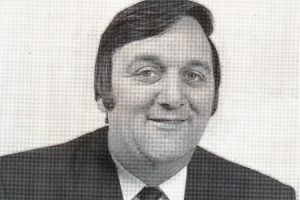 Scottish Golf was saddened to learn of the passing of Jim Hay, who represented Scotland in the Home Internationals in 1972 at Royal Troon. Jim, who was a member at Kirkintilloch Golf Club, passed away at the age of 83 last Friday.

As well as representing Scotland in the Home Internationals in 1972, Jim was also a Dunbartonshire Golf Union County Champion and won the county’s match play championship in 1967, 1968 becoming the first player to retain the Championship. Jim would go on to win the event again in 1972.

Jim’s stellar amateur golfing career also included an impressive 22 hole in ones, with his 22nd ace coming at the 15th hole on his home course of Kirkintilloch.

Karin Sharp, Chief Operating Officer at Scottish Golf, said, “On behalf of the whole team at Scottish Golf, I would like to extend our deepest condolences to Jim’s family and friends from across the Scottish golfing community at this difficult time.”